A few terms that at first seem to be self explanatory. The first two seem to be interchangeable as do the last two. Reading a paper the other day, the title used one term but the body of the paper was filled with the other term. Could someone fill me in on the correct usage of these four terms, are they really all about the same. For years an ammonite was an ammonite until I found out that some were ammonoids, actually all are ammonoids and I was just using the wrong term for the whole group. It just took an explanation... like the one I am looking for now.
There are a few posts in this blog labeled with the term "Polymorphism", this term seems to have a deeper meaning than I was intending, so from now on this term will be replaced with "Intrapsecific variation", though not as snazzy sounding it probably is more in line with my intended meaning.
Posted by Kevin Bylund at 11:17 AM 3 comments: 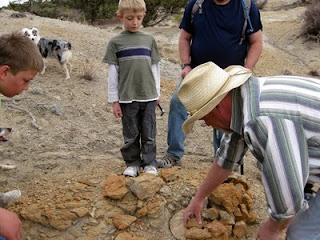 Alex, in the center,
watching as I uncovered the big one.
He likes ammonites as much as I do. 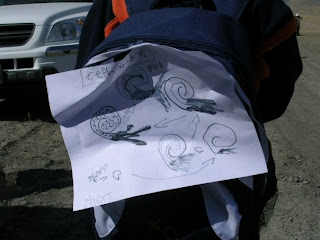 this is the sign Alex had pinned to his pack. A future Paleontologist for sure? 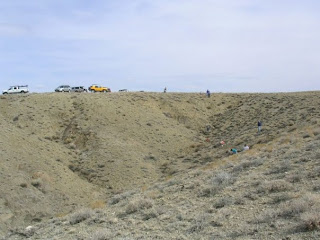 Looking for Prionocyclus at Stop 2 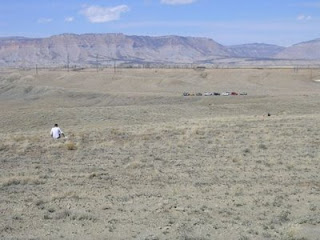 Looking for Scaphites at Stop 1

Posted by Kevin Bylund at 9:14 AM No comments: 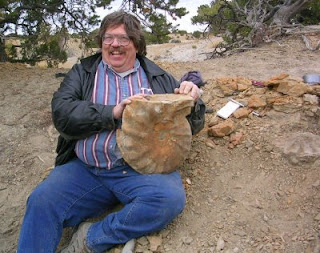 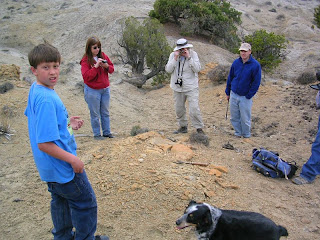 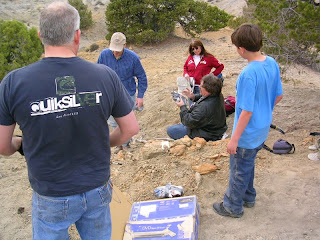 Wraping up some of the peices of the big one

AMMONOIDS OF THE LOWER TRIASSIC THAYNES GROUP IN THE PAHVANT RANGE, UTAH

EARLY TRIASSIC CONODONTS IN THE PAHVANT RANGE OF CENTRAL UTAH

Posted by Kevin Bylund at 8:50 PM No comments: 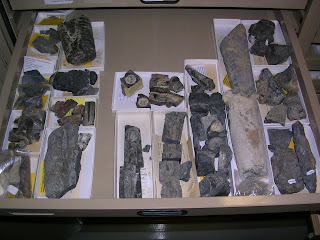 Types of a few Orthocones 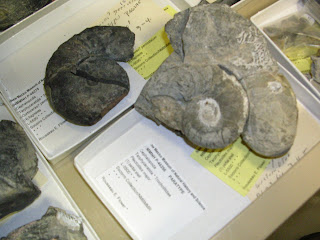 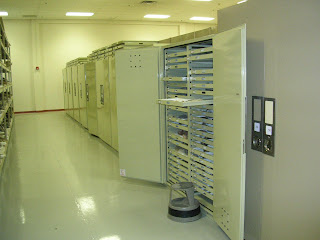 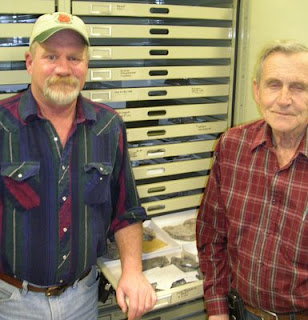 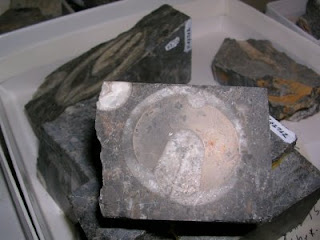 Posted by Kevin Bylund at 7:15 AM No comments: