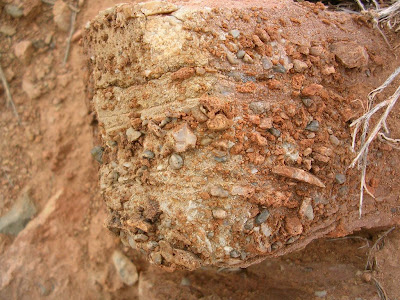 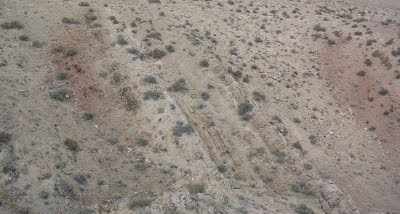 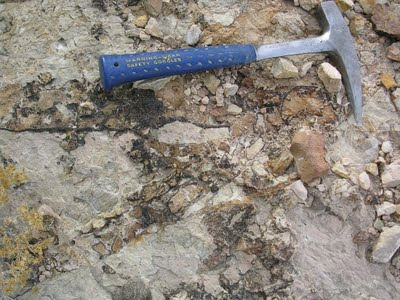 Just a few pics to ponder as the details are yet to be worked out.
Posted by Kevin Bylund at 11:07 AM 1 comment:

Jim Jenks is writing a paper on the Early Triassic ammonoids he has collected over the years at the Crittenden Springs locality north of Montello, Nevada. He went out a few weeks ago to take some photos of the beds he collected and found that someone has been out there recently. Large excavations and partially collected fossils is what he found. 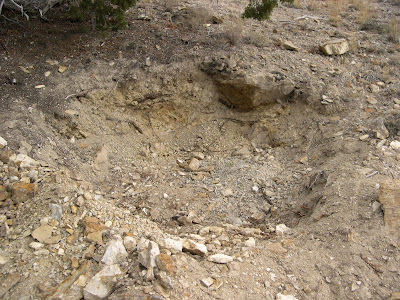 One of the large holes found 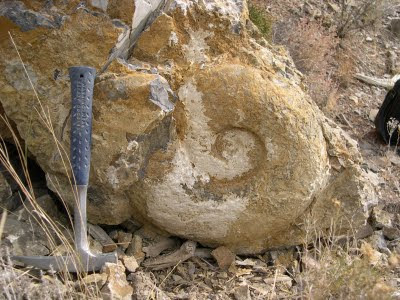 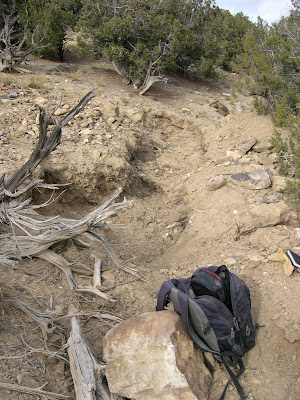 Another large hole where the beds were exposed. Jim says excavations like this have occurred in several places. 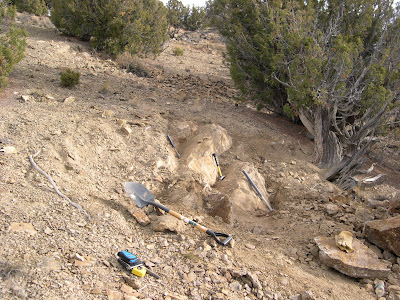 Complete fossiliferous bed shown here, Jim exposed these for a photo in his paper, he says quite a bit has been removed from this site too.

The collecting area is on BLM and Winecup-Gambel Ranch property. It would sure be nice to know who has been collecting here, whether it is someone from an institution or commercial collectors. This seems to be a larger excavation than someone who is digging for reasonable and/or personal use would need to dig.
Posted by Kevin Bylund at 5:22 PM No comments: 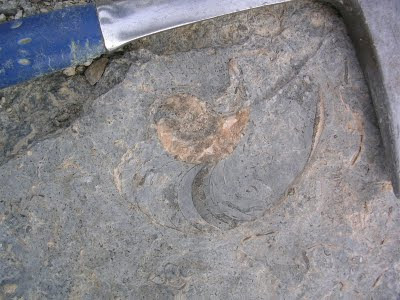 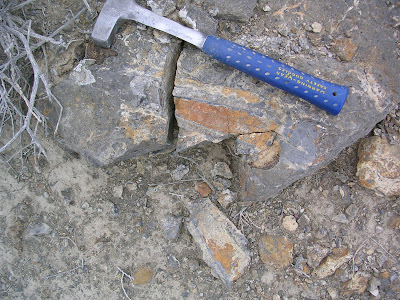 I went with Dan and his Paleo Class out into Utah's West Desert. We collected some trilobites from the Cambrian Wheeler Shale, some brachiopods from the Permian Gerster Limestone, and then some fossils from the Ordovician Juab Limestone and Kanosh Shale.

The first photo is a Tarphycerid from the Juab Limestone, the second, a large Endocerid in a block of limestone from the Kanosh Shale.

Just a note on the advantages of taking two vehicles into the desert, if the battery goes dead on one, you can take the other into town to get some jumper cables. Of course if one would have had the cables in the first place there would have been no need for the run to town. But without the other vehicle it would have been a nice 30 mile hike, or at least a good long wait for someone to happen by.
I would also like to thank the truck driver at the Border Inn who gladly gave up a spare set of jumper cables, he wouldn't take anything for them, said someone had helped him earlier so he was just passing it on; someone has a good deed coming.