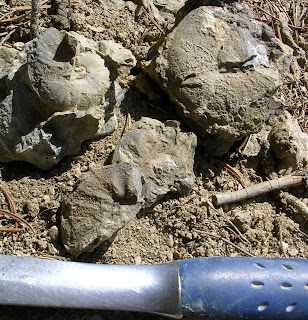 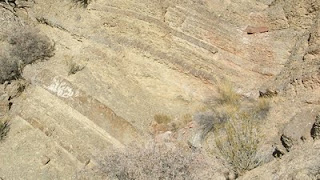 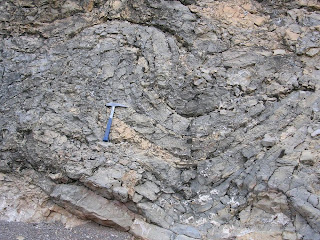 Posted by Kevin Bylund at 9:58 PM No comments: 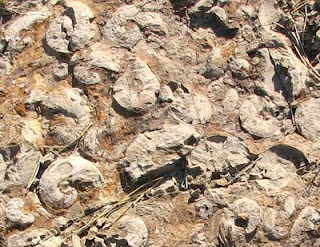 The Anasibirites Beds in the Confusion Range (above) comprise approximately 30 cm of limestone packed with cephalopod shells. On a recent two week trip collecting fossils from a few new outcrops and a couple of classic ones, I noticed how similar they all are. 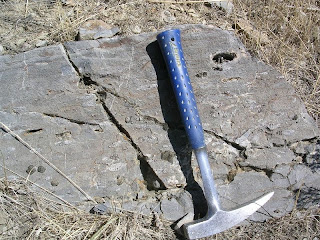 From the Cephalopod Gulch locality, near Salt Lake City, where Mathews first described the Anasibirites fauna in the Western US (above). Another approximately 30 cm bed packed with the same fossils. 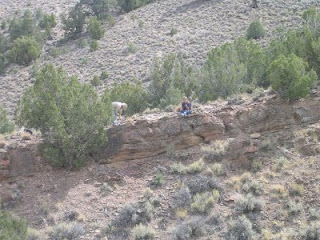 Smiths Phalen Ranch locality near Currie Nevada (above), another ~30 cm of limestone containing Anasibirites and Wasatchites. 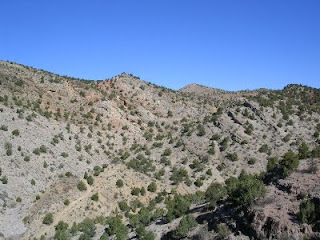 A new locality (to me) in south west central Utah, where beds containing the Anasibirites fauna also occur. This locality needs a little more collecting to verify the thickness and content of the beds, but they seem to be much the same as the others.

Localities to the east, like the Pahvant Range, San Rafael Swell and near Cedar City have the Anasibirites fauna though not as abundant as those to the north and west. Other localities like Crittenden Springs, Nevada, where Anasibirites and other Prionitids occur in lenses above the Meekoceras beds and a locality in Southeastern Idaho (Jim Jenks pers. com.), add to the data.

All these beds record a short time interval right after an extinction event near the end of the Smithian Stage of the Early Triassic.
Posted by Kevin Bylund at 11:07 AM No comments: