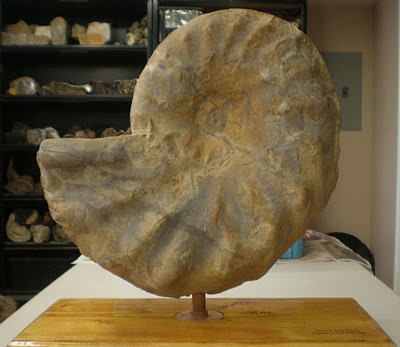 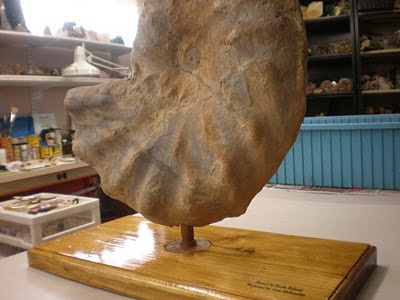 Placenticeras syrtale prepared and ready for display
It may end up in the John Wesley Powell River History Museum in Green River, Utah
Posted by Kevin Bylund at 5:05 PM No comments: 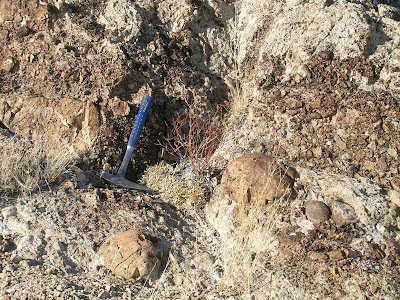 On the south end of the outcrop is this conglomerate with some very large cobbles. There are few places where this bed rests on a limestone bed full of chert nodules, and a place where the calcarenite beds rest directly on top of this bed. The matrix looks like the calcarenite but a little more analysis is needed to verify. 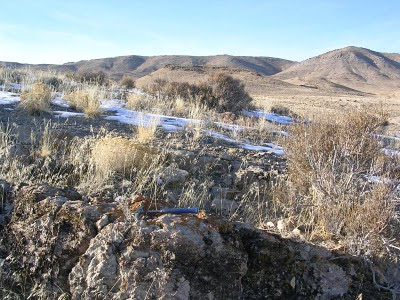 The hammer is sitting on top of the Conglomerate, the beds above are the calcarenite. The hill in the middle distance is capped with the conglomerate (the dark rock), it was mapped as the Thaynes Formation back in the last century, all the rest is Permian. 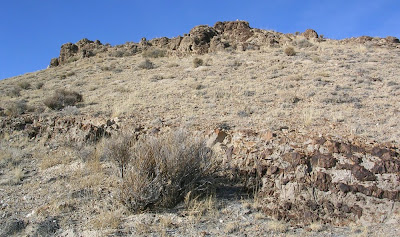 The conglomerate on top of the hill. Limestone with chert in foreground. Both dip toward the NE, toward the axis of the syncline. The beds in the previous picture dip north, along the axis.

Posted by Kevin Bylund at 9:42 PM No comments: