Scaphites hippocrepis and S. leei, Early Campanian (Late Cretaceous) Scaphitids. A row of ventrolateral tubercles, an inner row of tubercles on the body chamber and a constricted collar at the aperture. Best seen on the micromorph of S. leei in #22 below, and on the macromorph in #27, are dorsal lappets. 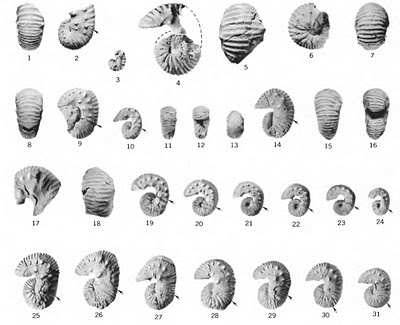 Below is a drawing of the dimorphs of S. hippocrepis. The collar shows well but the dorsal lappet does not, at least not as well as on some of the other figures. 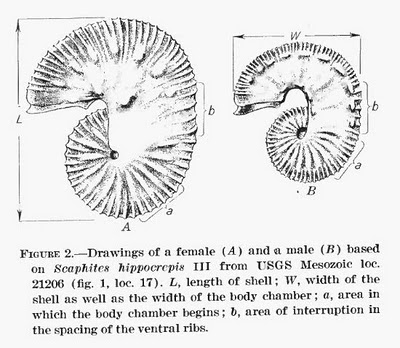 The lappets and their dorsal location on the aperture of the adult micromorph is the question at hand, just how much plasticity is there in the location of the lappets around the collar? Especially in their ancestors and descendants.